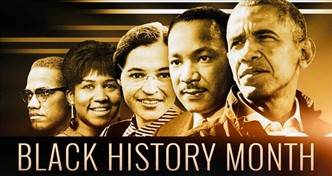 UMAS / MAFS salutes and celebrates the achievements and accomplishments of the African Americans as it observes February as Black Awareness Month! Since 1976, every U.S. president has officially designated the month of February as Black History Month.
Seniors at our locations gathered as they reminiscence the Black Leaders who had made history. Dipti Shah, Manager of Naperville spoke about the great African American leaders like Martin Luther King, Nelson Mandela, Barrack Obama, Rev. Jesse Jackson, and many others who made a great impact on the whole world. Also, we would like to thank President Abraham Lincoln who followed democracy and equal justice to all, abolished slavery and put an end to the misery of the Black People.

As we celebrate, it is most appropriate to emphasize this quote “No one is born hating another because of the color of his skin, background, or religion. People must learn to hate, and if they can learn to hate, they can be taught to love, for love comes more naturally to the human heart than its opposite”. -Nelson Mandela

Here are some of the great achievements to commemorate Black History Month:
The United States would not have been first to the moon without the contributions of African American mathematician, Dorothy Vaughan. She was a “human computer” for NASA working on flight paths. Her highly complex mathematical calculations were all done by hand. An absolutely incredible mind!! 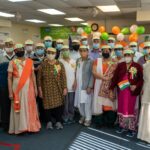 A Patriotic Tribute On The 73rd Republic Day Of India! 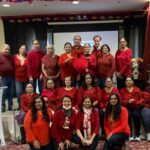 We are pioneers in providing home health care for

Familial bond is unlike anything else. Always reme

Our mission is to provide quality home care and ad

Our adult care centers are places where the elderl

We are pioneers in providing home care services.